Join us Saturday, January 15, at 10 am In Person OR on Livestream on Facebook

Get an EGG for Christmas, or do you just want to learn more? David Townley, the CEO of “Low and Slow” provides instruction on EGGing that you don’t want to miss! Join us as we introduce you to The Ultimate Cooking Experience!

Join us for EGGing 101 in person at the store or on Facebook Live on Saturday, January 15, as we uncover the best about the Big Green Egg, and you get answers to all of your questions.

Casey Lederer, has been battling heart failure for the past few months. He has been in and out of the hospital and is waiting to be placed on the heart transplant list.

Let’s help a fellow member of the pool community! Casey has been battling heart failure for the past few months and has been in and out of the hospital. He is waiting to be placed on the heart transplant list.

Join Us in Helping Casey

Diamond Pools is also accepting donations at their retail store.

Jessica Townley is here to highlight some of the items in our brand new Townley Holiday Gift Guide!

END_OF_DOCUMENT_TOKEN_TO_BE_REPLACED

Watch as Jessica welcomes November with a few things we are doing to “give back” to our customers and the greater Little Rock community this month! END_OF_DOCUMENT_TOKEN_TO_BE_REPLACED

Help us support Robin Hood days and the Mt. St. Mary canned food drive! From October 22-November 19, bring in two canned food items (or more) and get 10% off your chemical purchase! This applies to all pool and spa chemicals!

What is Robin Hood Days?

Robin Hood Days was established in 1974 as a week of giving to the poor. The week officially began with a prayer service in which several speakers from local agencies addressed the Mount St. Mary Academy student body about the importance of giving and how the students could become involved.

The students responded with a can drive held during the weeks prior to Thanksgiving. The Robin Hood Days can drive is estimated to have raised more than 500,000 cans and cash equivalent over its years in existence. Teaching decades of Mount St. Mary students about the needs of others, Robin Hood Days has also spread awareness of hunger in Arkansas through events like a trade your lunch for soup day (The Mount, 1991), a 2009 visit from the Mayor’s Commission on Homelessness (The Mercian, 2010), or a Belle TV student broadcast interviewing local food agencies (2011).

Every year the money and canned goods collected through Robin Hood Days are sent to organizations that help the hungry and homeless in Arkansas. The longest recipient, The Helping Hand of Greater Little Rock, thanks MSM students each year for providing meals for the families they serve that will last them through the holiday season.

Some of the organizations that have benefited from the Robin Hood Days food drive are the Arkansas Foodbank, Helping Hand of Greater Little Rock, Rice Depot, Union Rescue Mission, OXFAM and Catholic Social Services.

Join us this year as we join in the fight against hunger!

To celebrate our “virtual” EGGfest, we are giving away a Large Big Green Egg (value $979/in a box)! ALL ticket proceeds go to the Arkansas Food Bank!

To enter, get your ticket for $12 through EventBrite. YOUR ENTIRE $12 goes to the Arkansas Foodbank, and you’re entered for your chance to win an EGG! You may purchase as many tickets as you’d like. We pick a winner on October 20, 2021.

See what David has to say about it: 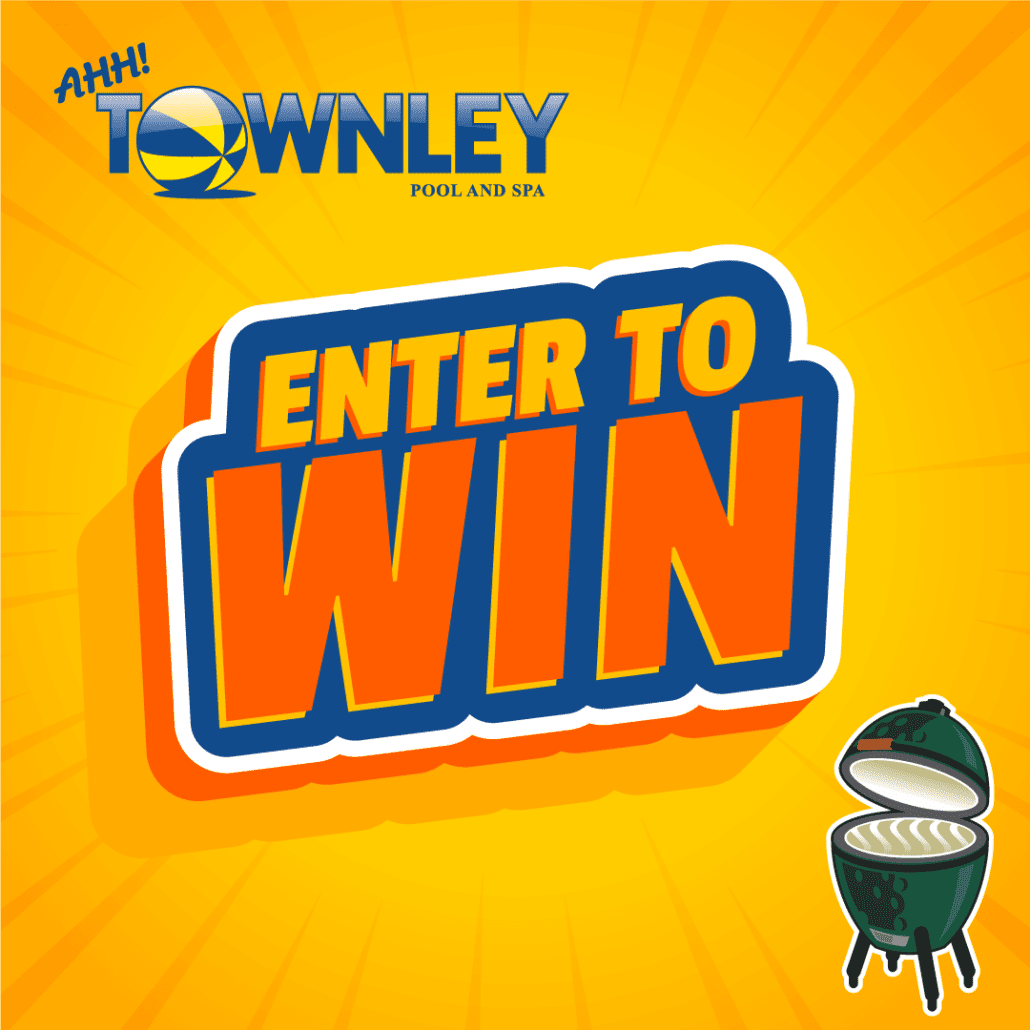 Join us for our cooking class on Facebook Live today at 5:45 pm! Watch and interact as David and Jessica discuss the ins and outs of cooking chicken!

Plus, David got new cameras that will make your experience sooo much better! 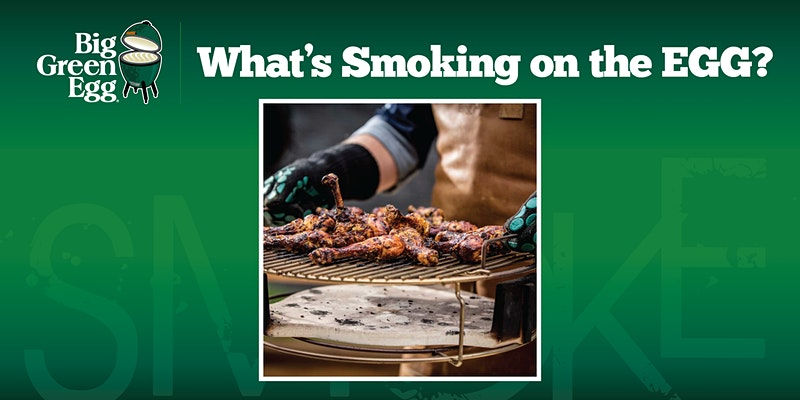 We’re so excited to let you know we placed multiple times in this BBQ competition!

Townley placed second in pork, eighth in chicken, and eleventh in ribs!

In the MYSTERY MEAT category, we placed seventh out of 36 teams! One of our customers, Jack Lin, led us for this category with his Breakfast Egg Rolls (mystery meat was bacon this year)! Thank you, Jack! We hope you join us again! 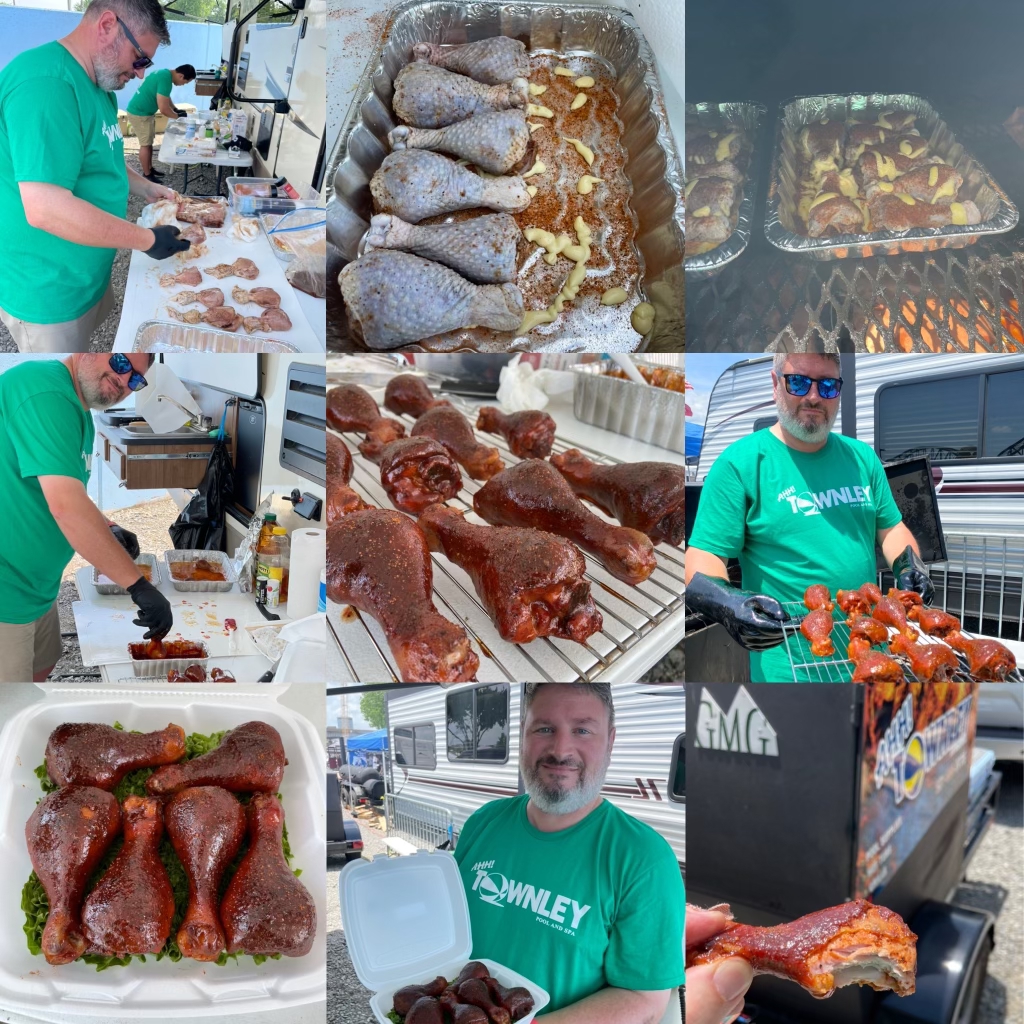 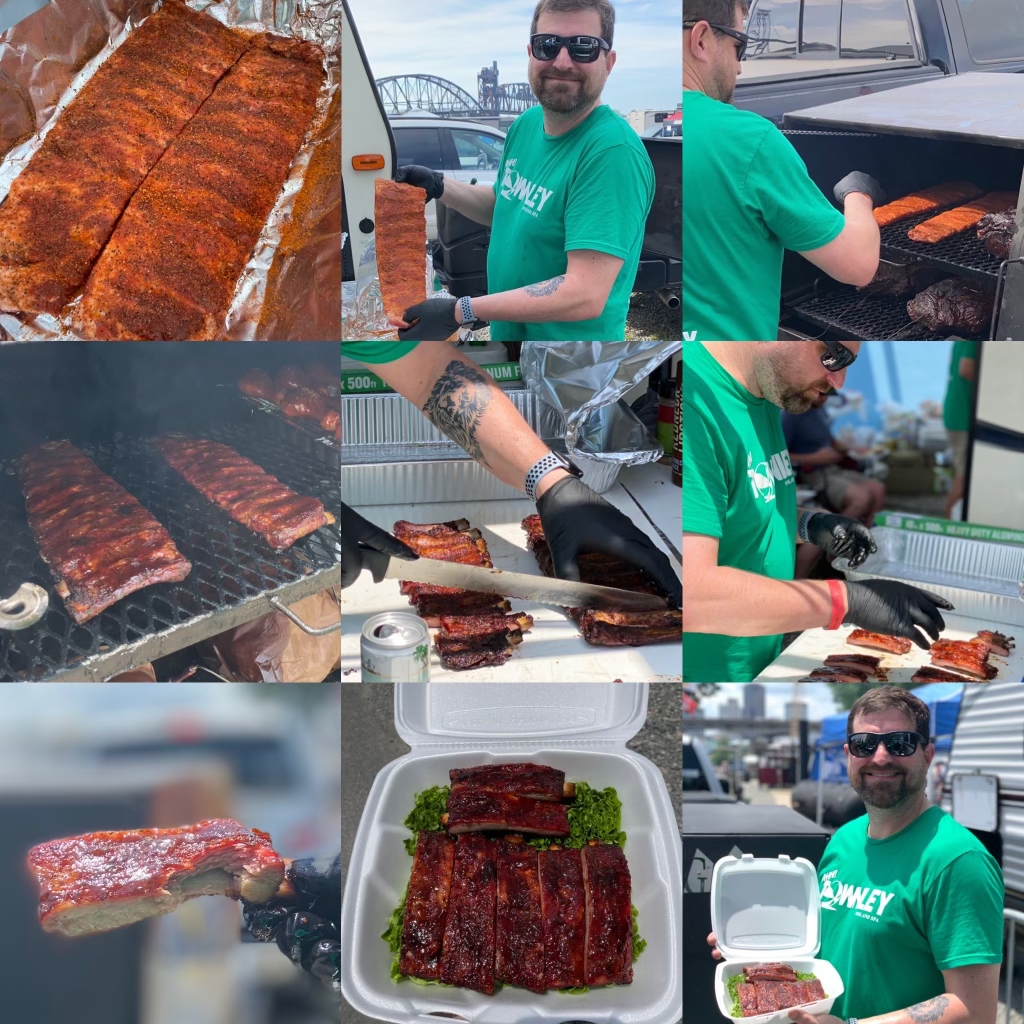 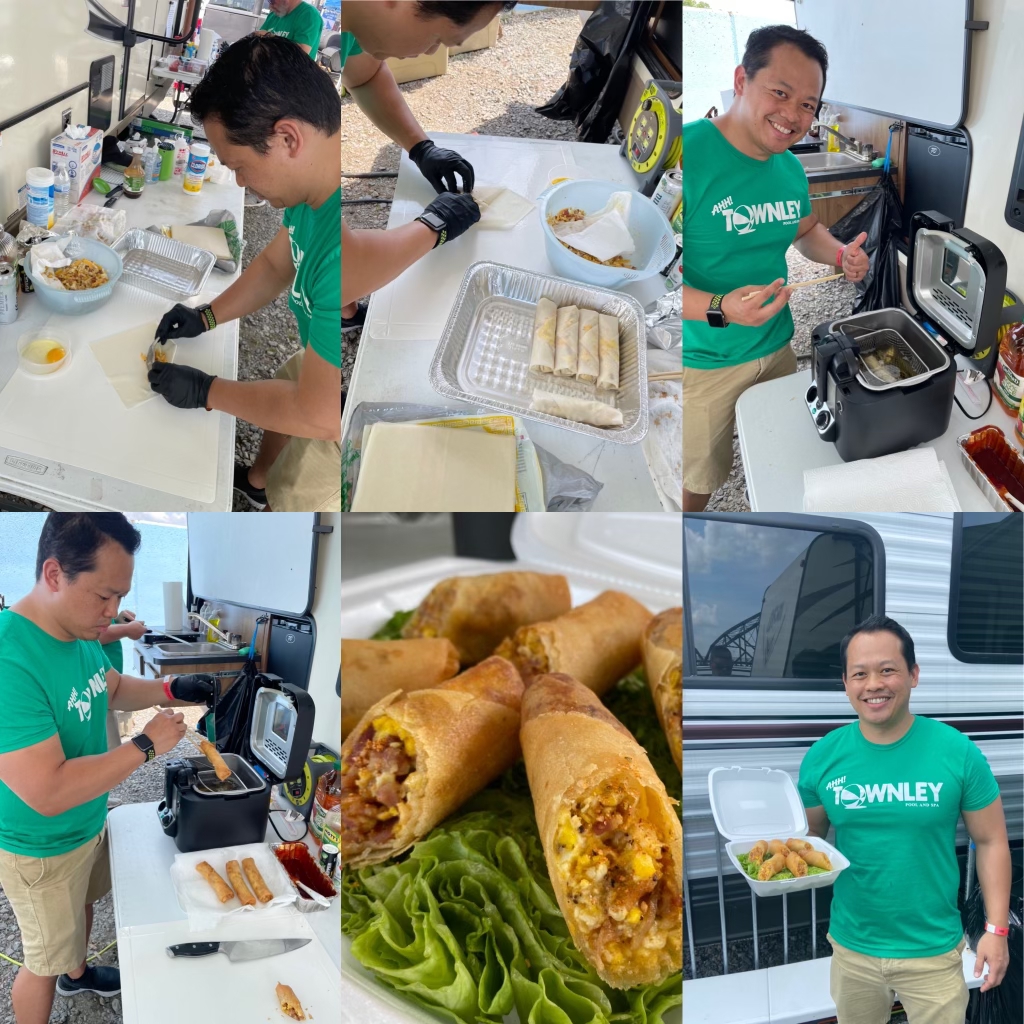 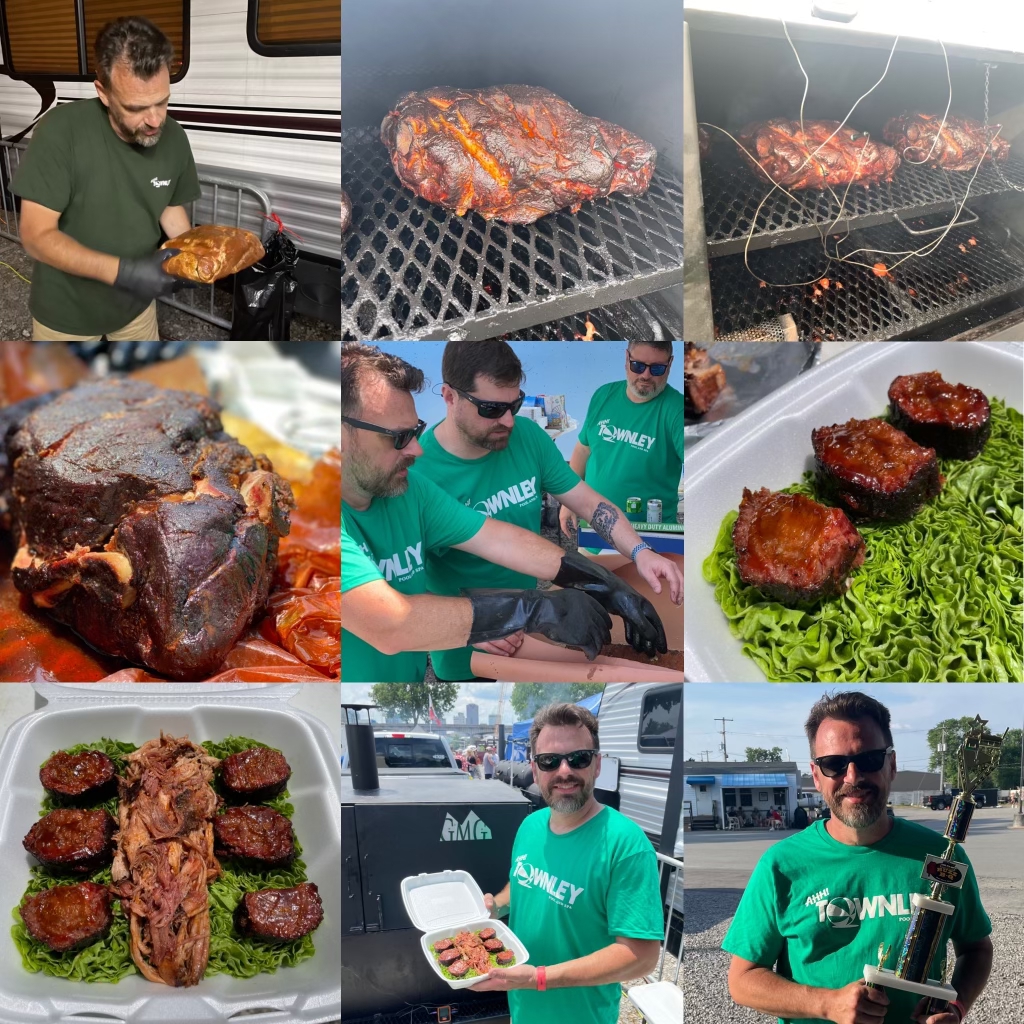 See the new Polaris Epic pool cleaners, and they feature a new design, larger debris basket, cord swivel, and a new lift system! Check out this video as our president, David Townley, highlights these new features. Then stop by the store and pick one up for your pool!

Ready to learn more about these incredible pool cleaners and have the cleanest pool in town?

You’ve heard about a chlorine shortage in the news recently. David fully explains what’s going on, how we have enough for you, and why our BioGuard tablets are the best!
Remember – you get what you pay for you, and David breaks down the BioGuard tablet.

Enjoy your pool season! We’ll continue to give you chlorine supply updates as needed!